The Wall Street Journal
Share on FacebookShare Share on TwitterTweet
Japan’s Shionogi has started human trials for a once-a-day drug designed to neutralize the coronavirus in less than a week as Pfizer and Merck carry out later-stage tests.
By
Peter Landers
Close Peter Landers
July 25, 2021 5:30 am ET

A Japanese company has started human trials of the first once-a-day pill for Covid-19 patients, joining Pfizer Inc. PFE 0.51% and Merck MRK 1.32% & Co. in the race to find treatments for the disease.

Osaka-based Shionogi 4507 2.89% & Co., which helped develop the blockbuster cholesterol drug Crestor, said it designed its pill to attack the Covid-19 virus. It said the once-a-day dosing would be more convenient. The company said it is testing the drug and any side effects in trials that began this month and are likely to continue until next year.

Shionogi is months behind Pfizer and Merck, which have started later-stage tests of pills to treat Covid-19. Pfizer has said its twice-daily pill could be ready to hit the market as soon as this year. It is preparing to enroll more than 2,000 patients in a test of the antiviral pill combined with a booster antiviral drug against a placebo.

All three companies aim to fill one of the biggest gaps in fighting the pandemic. Vaccines remain effective at preventing serious illness from known strains of the Covid-19 virus including the contagious Delta strain, studies have shown. But some people don’t want to get vaccinated, and cases can occur for those who do get their shots.

Existing treatments, including Gilead Sciences Inc.’s infused antiviral drug remdesivir, generally have to be administered in hospitals and work only some of the time. Other drugs that can be given in hospitals include monoclonal antibody drugs such as one made by Regeneron Pharmaceuticals Inc. and the steroid dexamethasone.

Drugmakers are looking for a pill that those who get a positive Covid-19 test could take at home while their symptoms are mild. Such medicines already exist for influenza, including Roche Holding AG’s Tamiflu and Shionogi’s Xofluza, although they don’t work for all patients and might be prescribed too late to do much good. Xofluza is marketed in the U.S. by Roche.

“Our target is a very safe oral compound, like Tamiflu, like Xofluza,” said Isao Teshirogi, Shionogi’s chief executive officer. He said Shionogi’s Covid-19 pill aims to neutralize the virus five days after a patient takes it.

Dr. Teshirogi said Shionogi expects to enroll 50 to 100 healthy subjects in its trial in Japan. A larger trial comparing the drug with a placebo in Covid-19 patients could begin in Japan later this year, he said.

The failure rate for drug trials is generally high. Any side effect, even a relatively mild one such as nausea, could make a Covid-19 pill impractical for home use. It isn’t yet known whether getting rid of the virus in patients would translate into reducing serious complications such as low oxygen that land people in the hospital, researchers working on Covid-19 treatments said.

The Pfizer and Shionogi pills block infections by inhibiting an enzyme called protease that a virus needs to copy itself inside human cells. Protease inhibitors are widely used against other viruses including HIV, the virus that causes AIDS, but viral resistance is a potential challenge.

Get a morning briefing about the coronavirus pandemic three times a week and a weekly Health newsletter when the crisis abates.

“We learned very quickly in HIV that if you don’t pay attention to that, you develop molecules that quickly become obsolete,” said Daria Hazuda, chief scientific officer at Merck’s research center in Cambridge, Mass.

Merck’s drug, which it is developing with partner Ridgeback Biotherapeutics, writes the equivalent of nonsense words into the virus’s instruction manual for making copies of itself and is hard for viruses to evade, Dr. Hazuda said.

Merck said in April that its drug, studied years ago as a possible treatment of Ebola, was successful in reducing viral load in Covid-19 patients and might lessen the chance of hospitalization. Bigger studies are in progress, focusing on patients who have been diagnosed with Covid-19 in the previous five days and have risk factors for serious illness.

“The data so far with other interventions would suggest that the later you wait, the less likely you are to benefit,” Dr. Hazuda said.

Merck has a deal with the U.S. government to supply 1.7 million treatment courses of its drug, called molnupiravir, for $1.2 billion if the drug is authorized by the Food and Drug Administration. That suggests a price of about $700 a patient.

Dr. Teshirogi said Shionogi didn’t plan to limit tests of its drug to recently diagnosed patients. If the drug shows promise, Shionogi would likely team up with a global pharmaceutical company to market it world-wide, he said.

What is your thinking regarding a Covid-19 pill? Join the conversation below.

That is what it did two decades ago in another battle that pitted Merck and Pfizer against their much-smaller Japanese rival—this one involving anticholesterol pills. Pfizer’s Lipitor and Merck’s Zocor dominated the market until Shionogi’s chemists discovered an alternative, which the company licensed to AstraZeneca PLC for global marketing.

The drug, called Crestor, eventually took a significant chunk of the market despite some concern over side effects such as muscle pain and, in rare cases, cognitive impairment. Doctors credited it with lowering the total cholesterol of President Donald Trump when he was in office. Lipitor, Zocor and Crestor are all available now in the U.S. in inexpensive generic versions.

Related coverage, selected by the editors 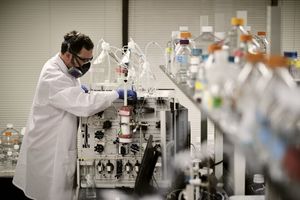 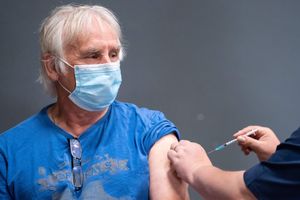 Why Some Vaccinated People Are Still Dying of Covid 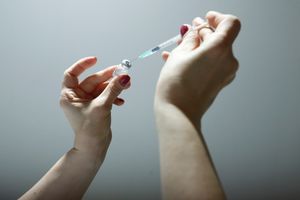 What to Know About the Need for Booster Shots 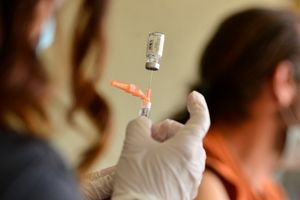 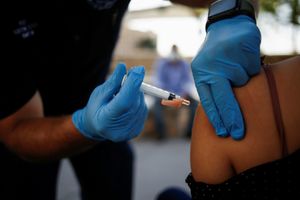 No Side Effects? Vaccine Is Still Working, Doctors Say 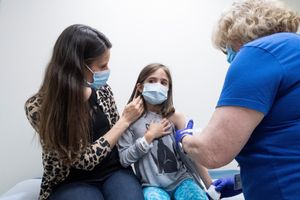 Is the Vaccine Safe for Kids, and When Can They Get It? 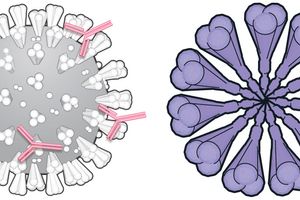 Guide to the Different Vaccines and How They Work

Write to Peter Landers at peter.landers@wsj.com